Can I Sue My Spouse's Lover for Breaking Up Our Marriage?

Posted on Thursday, 09 February 2017 in Divorce 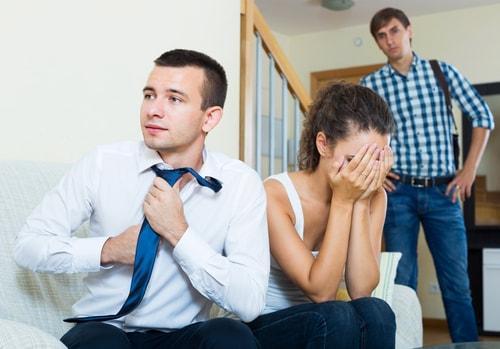 Many Illinois divorces are caused—at least indirectly—by adultery. When a person discovers their spouse is cheating, they understandably hurt and angered. In some cases, the jilted party may want to seek (legal) revenge against the person who stole their spouse. But can you actually pursue legal action against your spouse&#039;s lover? Historically in Illinois, the answer was yes. Illinois long recognized two torts known as “alienation of affection” and “criminal conversation.” Also known as “heart balm torts,” these are basically civil claims for adultery brought against a third party.

In 2015, the Illinois General Assembly rewrote the state&#039;s divorce laws. As part of these reforms, the legislature also abolished future lawsuits for alienation of affection and criminal conversation. However, parties may still pursue these claims based on acts that took place prior to January 1, 2016, the date the new divorce laws took effect.

In fact, a federal judge in Illinois recently addressed an ongoing heart-balm lawsuit. The plaintiff in this case accused the defendant of having an affair with her husband. The plaintiff filed her lawsuit in April 2015, prior to the repeal of the alienation of affection and criminal conversation torts.

Although these are state-law torts, the plaintiff brought her claim in federal court because she lives in North Carolina and the defendant resided in Illinois. Federal courts typically exercise jurisdiction when the parties are from different states and the amount sought is more than $75,000. Here, the plaintiff alleges she lost the plaintiff&#039;s “past and future income”–more than $600,000 per year–due to the defendant&#039;s actions.

The defendant moved to dismiss the lawsuit, but the judge decided the case could proceed. With respect to the issue of potential damages, the judge noted that Illinois courts have previously held that “the loss of a spouse&#039;s income” due to third-party interference with the marriage “constitutes actual damages.” And while the judge rejected other potential bases for damages–such as the loss of the husband&#039;s “household services” and his spending “marital funds” on the defendant–at this stage of the case, all the plaintiff needed to do was establish she presented sufficient proof to allege at least $75,000 in damages.

Need Help With Your Divorce?

Given recent legislation, we are likely to see fewer of these types of cases going forward. However, if you have been the victim of adultery prior to 2016 and want to know more about your legal options—or you have any questions related to Illinois divorce laws—you should speak with an experienced DuPage County family law attorney. Contact us for a free consultation at any one of our three convenient office locations today.