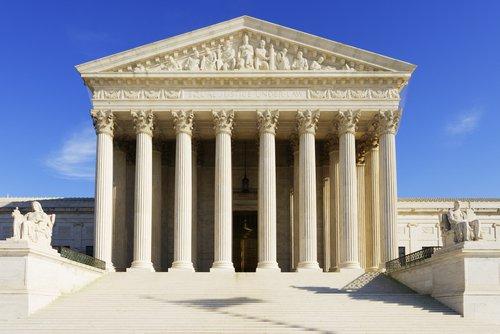 Child custody law is a complicated area where the well-being of a child is often at stake. Both the complexity and the stakes are often magnified when child custody decisions cross borders. At the end of 2013, the Supreme Court heard arguments on a case about such an international child custody decision. A mother had taken her child away from her husband in London to live with relatives in New York, alleging that her husband was abusing her and the child. The husband sought the return of the child under an international treaty. The Supreme Court recently handed down a ruling in the case, deciding that the treaty did not require them to order the child's return to London.

The key issue in this case is one of timing. The international treaty, The Hague Convention on the Civil Aspects of International Child Abduction, usually requires parents who abduct their children to another country to return them for a proper custody decision. However, there are some exceptions to the rule, and one such exception is if the parent has had the child in the other country for more than a year. This rules stems from concerns about the child's well-being and the fact that after a year the child is likely to have become settled in the new country.

In this case, it took the husband almost 16 months to petition for the return of his daughter. Ordinarily, this would place him outside the one-year time limit, but he argued that there were special circumstances. The legal theory was that the year-long time limit should not count down in cases where the abducting spouse has concealed the child's location since the other parent would be unable to make the petition for the child's return.

This argument placed the Court in a difficult position. On the one hand, siding with the mother would encourage bad behavior on the part of parents. Failing to extend the time limit would give parents a reason to hide their child's location because if they could hide it long enough, they would run out the clock. On the other hand, extending the time limit might not be the best thing for the child. If the child has gotten used to the new country, uprooting them could be very disruptive. Ultimately, the Court chose to strictly interpret the text of the treaty, and side with the mother. The treaty contained no provision for the extending of the time limit in these circumstances, and the Court did not put one in.

Child custody disputes, whether international or not, are highly emotional and can have a huge impact on a child's well-being. If you are engaged in such a dispute, contact an experienced DuPage County family law attorney today.