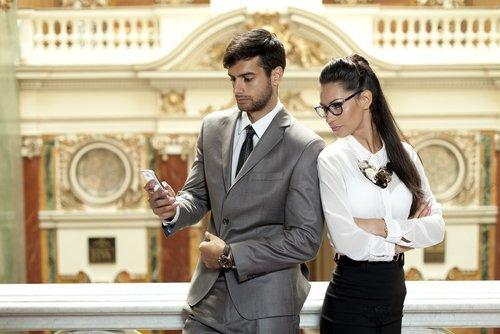 A recent UK survey solidified what many couples, divorcees, and lawyers already knew: social media is bad for marriage and contributes to divorce.

A survey of 2,000 married couples in England found that one in seven partners contemplated divorce because of their spouse’s activities on Facebook, Twitter, Skype, Snapchat, or WhatsApp. The survey also found a partner’s usage of these social media sites contributed to at least one argument per week in 25 percent of the couples surveyed. Seventeen percent of couples, however, said social media usage led to arguments every day.

Furthermore, more than half (58 percent) of those surveyed claimed they knew their partner’s password even if the spouse was unaware they did. The reasons for knowing the password and subsequently checking their spouse’s account are typical amongst most couples: checking to see with whom the spouse is talking, keeping tabs on where and with whom their spouse is going out, and to see if their spouse is telling the truth about a variety of subjects. Fourteen percent of spouses specifically stated they snoop their spouse’s account for evidence of infidelity. Also, finding evidence of contact with exes and sending secret messages or inappropriate photos were found to be other targeted causes of arguments and reasons to snoop.

The British survey supplements one conducted last year in the United States. The American Academy of Matrimonial Lawyers found that 81 percent of divorce attorneys found an increase in the number of divorce cases over the past five years that used social media evidence to support a petition for divorce. Another 66 percent said that Facebook was their go-to site for finding online evidence for their divorce-seeking clients.

All in all, the trends are clear that social media acts as negative force in relationships, especially marriage. It fosters arguments (petty and serious) and promotes jealousy. However, for those seeking divorce, social media can serve as a useful tool for the necessary evidence to support a petition for divorce and aid in negotiations during a divorce battle.

Social media is playing a more prominent role in marriage and divorce. The right attorney can help you find the evidence you need to maximize your divorce, especially if the other party is at fault. If you are considering divorce, and have questions, contact the experienced DuPage County family attorneys at our firm for an initial consultation.