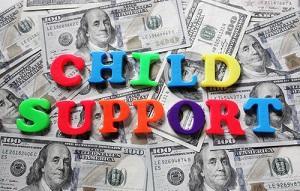 Illinois courts currently determine child support payments based on the non-custodial parent&#039;s net income. A person&#039;s “net income” means all income less statutorily specified deductions. A common deduction is for state and federal income taxes, which are generally withheld by the employer and paid directly to the government.

Of course, many of us end up receiving a tax refund each year because our employer withholds more than the final tax due. Is this refund therefore considered part of a person&#039;s net income for purposes of child support? The short answer is yes, but the long answer is more complicated depending on the specific circumstances.

Court Finds Refund Not an Attempt to “Game” System

In fact, an Illinois appeals court recently addressed this very subject. The parties, in this case, divorced several years ago. At the time, they agreed the father would pay the mother 28 percent of his net income as child support. This percentage is consistent with Illinois guidelines for couples with two children.

A disagreement later arose over the father&#039;s federal income tax refund in 2014. The father had “intentionally withheld taxes more than necessary” for several years, which later entitled him to significant refunds. For 2014, he received a refund of more than $14,000. The mother argued this refund constituted additional net income, and she was therefore entitled to 28 percent as child support.

The Illinois Third District Appellate Court, reviewing and supporting a trial judge&#039;s earlier ruling, said the father did nothing wrong and rejected the mother&#039;s demand. The appeals court noted this was not a case where the father was “gaming the system” by hiding income. To the contrary, the mother had already “stipulated” in open court to the amount of the father&#039;s child support obligation the previous year, after she had access to copies of his 2014 tax returns. If she failed to properly account for his tax refund, that was her fault, according to the court.

The mother argued that even if she made a mistake, a person&#039;s “tax refund should always be considered income for child support purposes.” The appeals court disagreed. The tax refund was “part of [the father&#039;s] net income for 2014–not an addition to it.” A tax refund is, as the court saw it, no different than “withdrawing money from a zero-interest savings account or digging it back out of a hole.”

Have a Question About Child Support?

The court did note that there may be cases where a tax refund should be treated as an addition to net income. This was simply not such a case, but could be the situation for other families. No two cases are exactly the same and your child support order must be calculated to meet your family’s needs.

However, ff you suspect your ex-spouse is trying to “game the system” and not live up to their child support obligations, you should speak with an experienced DuPage County family law attorney right away. Contact our offices at 630-871-1002 if you would like to schedule a consultation with one of our attorneys.