Use of Technology-Based Evidence Increases in Family Courts

Posted on Thursday, 20 October 2016 in Uncategorized 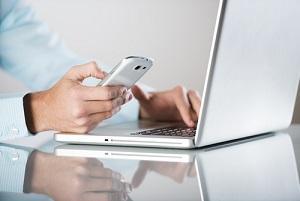 Technology has become an integral part of our lives so it should come as no surprise that evidence mined from smartphones, computers, and social applications are being used in divorces and custody battles across the country. But just how frequently is technology being used in family courts? And what does it all mean? Could your text messages, photos, or social media posts lead to potential problems down the road?

According to a recent survey of American Academy of Matrimonial Lawyers (AAML), 97 percent of members reported an increase in the submission of technology-based evidence. Phone logs, call histories, internet and browsing histories, and GPS information were all said to have been used by members, but the bulk of evidence came from emails, text messages, and social applications. More specifically, 41 percent of AAML members cited the use of Facebook information, 17 percent reported the mining of Twitter accounts, and 16 percent reported the submission of evidence from Instagram.

How Technology Is Affecting Family Court

While the procurement of information through illegal means is strictly prohibited and inadmissible in all Illinois courtrooms, most cases are using evidence that can be easily accessed through social media. For couples seeking a fault divorce or in a custody battle, this could be detrimental to one or both parties if there are photos or content that could be perceived as reckless behavior, irresponsibility, or infidelity. Because this information cannot be destroyed or deleted, individuals with possibly incriminating evidence should seek strong legal support. Of course, it is also advisable to avoid sharing or posting photos or information that could be misconstrued or taken out of context.

It is important to note, however, that information should not be withheld in order to win a case if it places a child in danger. In fact, failure to notify the proper authorities if there is suspicion or evidence of child endangerment could prove to be counterproductive. In one such case, a father submitted evidence against the mother of his child to the courts. Unfortunately, because that evidence included the mother having their daughter film explicit content, both parents ended up losing custody of the child.

Get the Help You Need

For guidance with your divorce or child-related case, contact an experienced DuPage County family law attorney today. Our team is prepared to assist you through the entire process with the high-quality counsel and representation your case deserves. Call 630-871-1002 for a free consultation today.