Termination of Spousal Support Before a Spouse Remarries 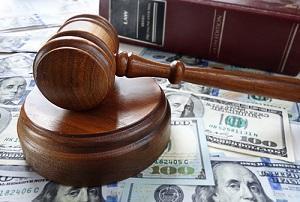 As a general rule, when a couple gets divorced in Illinois, spousal support payments are ordered if one spouse’s income is significantly higher than the other’s, in the interest of equity. However, most of the time, these support payments are not intended to last forever. There are several different ways that spousal support is granted to a husband or wife, and modifications may be made after certain criteria have been fulfilled by the obligor or the obligee (or both), or in certain situations which are provided for in statutory law.

One situation where spousal support is granted with the express intention that there will come a point when payments will slow or cease entirely is when one spouse requires temporary aid. It is still fairly common for Illinois couples to adhere to the old model of marriage where one spouse is the primary breadwinner and the other stays home with the children. As such, upon divorce, many homemakers have no income and outdated skills, and they cannot just jump back into the workforce. In these types of situations, a court may grant rehabilitative maintenance, also known as reviewable maintenance. This will last for a fixed period, determined by a number of factors, including the size of the income disparity, the length of the marriage, and whether or not any children were born of the marriage.

While the point of reviewable maintenance awards is that they may be re-examined at a later date after their issuance, some maintenance awards have a definitive end. If a marriage has lasted less than 10 years, and maintenance is awarded to one spouse, a court will sometimes establish that the date on which maintenance payments cease will be the permanent termination date. In other words, the court will foreclose on the possibility of any further maintenance, usually due to the relatively short length of the marriage.

Another common reason for modification or termination of spousal support is if the obligee begins to cohabitate with another person. Cohabitation is defined in Illinois law as an arrangement in which two people live together on a “resident, continuing conjugal basis.” Contrary to popular belief, this does not require the existence of a sexual relationship. While each case is unique, a variety of actions and habits have been used to prove cohabitation, such as sharing bank accounts, taking vacations together, and naming each other in estate planning documents or as insurance beneficiaries.

Unlike in many other states, in Illinois, maintenance obligations do not end only upon the obligee’s remarriage; rather, the obligation to pay maintenance ends on the date that the court finds cohabitation began. The rationale behind this choice is that cohabitation is a “conjugal” state of being, and “conjugal”—while colloquially assumed to refer to sexual relationships—is simply defined as having to do with marriage, or relating to the state of being married. If someone is in a quasi-marital relationship, it can be reasonably assumed that they are being supported already and that they do not need the obligor’s payments to sustain them.

While in most cases, maintenance obligations will terminate upon the death or remarriage of your former spouse, it is important to be aware that there are exceptions. You may be able to stop paying at an earlier date than you anticipated. Consulting an experienced attorney can help clarify matters. Our dedicated DuPage County spousal maintenance attorneys are happy to sit down with you and to address your questions. Call us today to set up a free initial consultation.