Three Consequences of Hiding Assets During an Illinois Divorce

Posted on Thursday, 09 December 2021 in Divorce 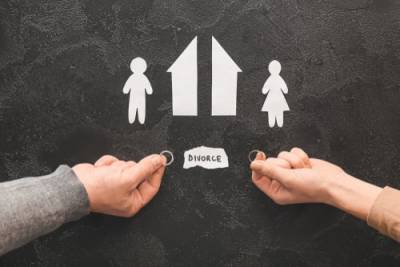 Many spouses find themselves at loggerheads during the asset division part of their divorce. The truth is that, no matter how well-intentioned they may be at the beginning of the process, spouses usually struggle to find a division of marital assets that feels fair. And it is not just couples who insist on fairness in their divorce; Illinois law requires assets to be divided equitably.

Although frustration or anger during the asset division process may make spouses want to conceal assets from each other, doing so can carry serious consequences. If you are getting divorced and have considered hiding your assets, think again. Here are three major consequences that could be faced by someone who hides assets before or during a divorce.

Contempt of Court and Perjury

If a spouse is in a deposition and lies about property ownership in front of a judge, the spouse can face several charges. Lying in court is called “perjury,” which is a punishable crime. A judge may also find the spouse to be in criminal contempt of court for impeding or obstructing the court, which in serious cases can result in criminal charges and a trial. If someone has been accused of hiding assets and they refuse to testify in court, they may also be held in contempt. Criminal convictions will be placed on a spouse’s criminal record.

Illinois judges do not like to feel as though their time has been wasted by dishonest behavior and may punish a spouse if the offense is serious enough by changing how assets are divided. Spouses who hide assets lose their credibility and may also lose some power in the property negotiations. Unfortunately, a spouse who tries to hide an asset may end up losing ownership of that asset altogether. Even if dividing your marital property feels unfair, it is best to be completely transparent and hire a great asset division attorney to advocate on your behalf.

Although the reasons for doing so may seem understandable, hiding assets during divorce is a strategy that usually backfires. Instead, you can work with Andrew Cores Family Law Group. Our experienced DuPage County asset division attorneys can advocate assertively on your behalf to ensure you get a fair portion of your marital assets. Do not take unnecessary risks; protect yourself with great legal representation. Call our offices today at 630-871-1002 to schedule your free initial consultation.