Tips for Childhood Obesity in Divorce 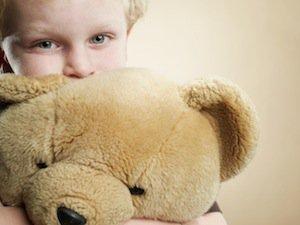 Divorce can be a stressful process for everyone involved, including the children of the divorcing spouses. That may explain why a study, recently published in the BMJ (formerly the British Medical Journal), discovered a correlation between childhood obesity and parental marital status.

The researchers studied over 3,100 third-graders and found that children whose parents were divorced were 54 percent more likely to be overweight. This means that parents going through a divorce may want to keep a special eye on their children’s weight, and ensure that they take steps to keep their children healthy.

The study’s authors reported more than just the 54 percent increase in the likelihood of obesity. They also analyzed the breakdown by gender, finding that boys were more likely to be at risk of being overweight than girls. In fact, boys with divorced parents were 63 percent more likely to be overweight when compared to those whose parents were still married. Additionally, the research found that children whose parents had separated were 89 percent more likely to have fat buildup in their abdominal region.

The study did not go into the details of why this correlation might exist, but the study’s authors did suggest some theories. One theory holds that the increased emotional stress at home could lead to changes in the children’s eating or exercise habits. Another possible reason is that the financial strain of the divorce leaves less time and money for parents to prepare healthy meals. Fortunately, there are steps parents going through divorce can take to help keep their children healthy.

Parents have a variety of strategies available to them to prevent their divorce from impacting their child’s weight. First, parents can attempt to maintain a civil demeanor with each other, especially around their children. An amicable divorce is often less stressful. This can lead to greater emotional stability, which may help maintain a child’s healthy eating habits. Beyond that, a parent’s being conscious of a child’s needs can help prevent obesity.

Divorces are emotionally trying for parents, and there is a risk that kids can be lost in the shuffle. Easy food options tend to be unhealthy food options, but parents adjusting to a new lifestyle often fall back on them nonetheless. Awareness of the risk can help curb the impulse to provide fast food as a meal option during the sometimes hectic divorce process. Additionally, common steps people take to prevent obesity like encouraging physical activity can also work just as well in the divorce context.

If you are considering seeking a divorce from your spouse, reach out to an experienced Illinois family law attorney for advice. Our skilled team can help analyze the particulars of your situation to provide you with the best advice.