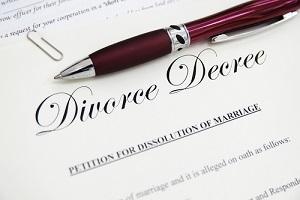 The media often portrays divorce as a messy affair, and you likely have friends and family members who have also shared horror stories about expensive and lengthy divorce battles in which they lost everything. The fact is, however, that divorce does not have to be like that. Sometimes couples just find they can no longer live together and decide to part ways amicably and move on with their lives . In these instances, what is called an uncontested divorce is often right way to go.

What is an Uncontested Divorce?

Put simply, an uncontested divorce is a dissolution of a marriage in which a couple agrees on everything, or nearly everything about splitting assets and ending the marriage. The couple must be prepared to present a reasonable divorce settlement agreement to the court that addresses all of the necessary considerations.

The biggest advantage of an uncontested divorce is the cost. If a couple wants to argue about splitting assets or child visitation, it can require months of litigation and regular trips to court, but if there is nothing to dispute, a marital settlement agreement can typically be drafted quickly and easily, and the dissolution may only require a couple trips to the court.

This also means a divorce can be completed rather quickly. Again, with nothing for a court to decide and nothing for attorneys to litigate, there is nothing holding up a court from entering a decree to dissolve the marriage. However, an attorney can still be advantageous in an uncontested divorce by ensuring that a petition for dissolution is properly filed and that the marital settlement agreement accurately encompasses all of the rights and duties of the parties. Even if a divorce is uncontested, you never know when something in a marital settlement agreement may later be brought to a court’s attention.

Finally, an uncontested divorce can help preserve a couple’s privacy, which can be a concern for many couple seeking to end their marriage. Of course, the divorce itself is a public record, but an uncontested divorce can mean there is no need to file lengthy motions that sometimes contain embarrassing allegations. A court also will not need to know how the party arrived at the terms of the agreement, and in some cases, a court may be willing to seal the marital settlement agreement itself from public view.

While uncontested divorces are much simpler and often faster than drawn-out divorces in which couples fight over property and child custody, there are still many procedural issues to consider that only a licensed Illinois attorney will fully understand and help guide you through. Contact our passionate DuPage County family law attorneys today for a consultation.