Understanding the Burden of Proof in Divorce Cases 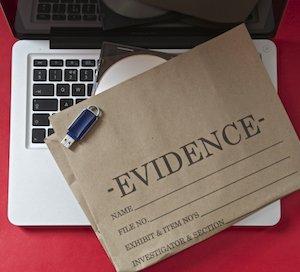 Anyone who has watched Law and Order or another similar show is familiar with phrases like “innocent until proven guilty,” and “prove beyond a reasonable doubt.” These phrases refer to the burden of proof in criminal cases. They instruct the lawyers as to who has to prove something and how convincingly they have to prove it. Divorce cases also have burdens of proof, but since it is not a criminal court they operate slightly differently.

What Is a Burden of Proof?

A burden of proof is a legal rule that sets the standard for how a person must prove a fact to be true in court. The burden has two components: who has to prove the fact and how convincingly they have to prove it. Both of these components depend on exactly what type of fact the parties are trying to prove.

As far as who bears the burden of proof, the person who is asserting the fact is often the one who needs to prove its truth. For instance, if a divorced parent with a custody agreement wants to move out of the state, often they must prove that the move is in the best interests of the child.

However, there are also instances in which the court presumes the fact to be true and requires the other party to bring forward evidence to rebut it. One example of this is the question of whether something is marital property. The court usually presumes property acquired during the marriage to be marital property, which is subject to division during the divorce. This presumption places the burden of proof on the person who wants to show that the property is not marital.

In addition to defining who must prove something, the burden of proof also clarifies the level of certainty with which the party must prove the fact. Rarely will a party be able to prove a fact with 100 percent confidence, so the law adjusts the standard based on the importance of the fact and the risks associated with getting it wrong. The usual amount of certainty in civil cases is known as the “preponderance of the evidence” standard. This means that the party has to prove that the fact is more likely than not to be true (more than 50 percent likely). On occasion, other standards of certainty will appear in divorce cases. The most common alternative burden of proof is the “clear and convincing evidence” standard, which appears, among other places, as the standard for modifying visitation orders relating to siblings or grandparents. This standard requires the party to prove that the fact is “substantially more likely to be true.” Although, exactly what qualifies as “substantially” more likely will probably depend on the judge or jury’s discretion.

Divorce cases are full of procedural complexities just like this one, so finding an experienced DuPage County family law attorney is important. We can help ensure that your rights and interests are fully represented in a court of law.