What Is the USFSPA? 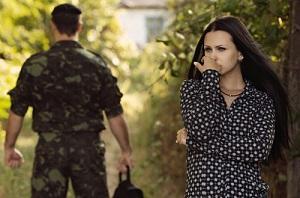 Military members marry, divorce, and deal with family just like everyone else. However, the nature of military service means that the law must be adapted to serve their unique needs at times. The Uniformed Services Former Spouses’ Protection Act (USFSPA) is a good example of this adaptivity that can help keep military service members and their former spouses in good shape even after a divorce.

History of the Law

The USFSPA sets out regulations which must be followed by civilian courts in awarding military retirement pay as an asset in the division of a marital estate. It does not give a former spouse an automatic share in retirement pay; it merely grants the court the right to see such pay as an asset. The Act also allows civilian courts to enforce orders for child or spousal support against active or retired military service members.

Before its passage, there was essentially no statutory right to receive any amount of military or retired pay, exemplified by a high-profile case in 1981. In that case, the Supreme Court ruled that applying community property standards to military pay was precluded from happening by the language of the relevant statute and that to do so might undermine the impetus for many service members to enlist. In response to the court’s decision, the USFSPA was enacted, passing Congress with bipartisan support and being signed into law in 1982.

One important rule that often becomes relevant in many military divorces is the so-called 10/10 Rule, which governs how retirement pay is disbursed. The 10/10 Rule holds that in order for retirement pay to be classed as an asset by a civilian court and its disbursement enforced by the USFSPA, the service member must have been married for at least 10 years, during which time the member must have performed at least 10 years of service eligible to be counted toward retirement.

If both of these conditions are not satisfied, retirement pay cannot be divided in a way that is enforceable under the USFSPA. However, in most cases, this will not stop you from working out an agreement between you and your spouse to divide the retirement pay; it will simply not be enforceable under USFSPA if there are problems in the future. In a situation of that type, you would likely be forced to resolve your dispute through mediation or in a civilian court.

Military members have busy, difficult lives, and divorce can get very complicated depending on timing, location, and other factors. Having an experienced Illinois military divorce lawyer on your side can help simplify the process. Contact a member of our team today and get the help you need. Call 630-871-1002 for a free consultation at the Andrew Cores Family Law Group.