Posted on Thursday, 13 November 2014 in Divorce 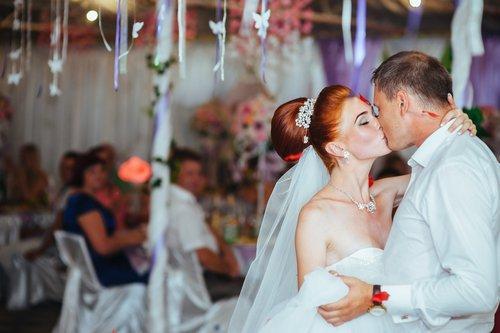 Every young couple wants to find a way to divorce-proof their marriage, but a new study has revealed that the decisions they make just as they are getting married can have a major impact on their likelihood of divorce. New research from the Emory University Department of Economics looked at how much a couple spent on wedding rings and on their weddings over all to see if those expenditures had any effect on the couple's divorce risk. It turns out that despite the fact that many people dream about expensive, fairy tale weddings, such spectacles actually increase the marital failure rate.

The researchers used surveys to collect data on thousands of U.S. residents who either were married or had been married, and then examined the data to see if there were any trends between wedding expenses and divorce rates. They found several. For instance, people who bought expensive engagement rings, classified by the study as costing between $2,000 and $4,000, were 30 percent more likely to divorce as compared to people who spent more modestly on their rings, opting for one costing between $500 and $2,000. Interestingly, the trend does not continue for people who spent less than $500 on an engagement ring.

The study also examined marital expenses as a whole, and discovered that weddings costing over $20,000 dramatically increased divorce risk. Couples with those levels of expense were 350 percent more likely to divorce than people who only spent between $5,000 and $10,000. Unlike the trend for engagement rings, this one carries through to even lower levels, with people spending less than $1,000 on their wedding having an even lower divorce risk. However, the research also showed that this does not carry over into potential spending on the honeymoon. Couples who had a honeymoon were found to be 41 percent less likely to divorce than couples who skipped the vacation.

Although the study was not designed in a way that it could provide a certain explanation, the study's authors did put forward a theory. One of the leading causes of divorce is stress over money or expenses. Weddings, particularly lavish ones, can often require the couple to go into debt in order to cover their costs. This debt can place extra strain on the marriage as the couple struggles to pay it off. On top of that, the debt would come early in the marriage, which may make it particularly vulnerable to the stress.

If your marriage has recently been experiencing stress and you think divorce may be the right option, contact an experienced DuPage County divorce attorney today. Our firm's dedicated professionals are here to help guide you through the process so you can understand all the choices available to you.
PAY YOUR BILL