What Is a Guardian ad Litem? 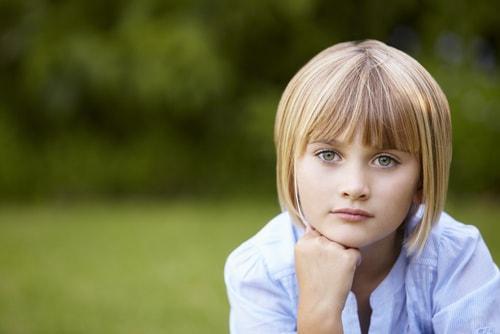 Divorce does not only affect you and your spouse. It can affect your extended family, and most certainly, your children. Sometimes, especially if your divorce is drawn out and complicated, it can be useful to have a person who is specifically invested in protecting your children’s interests, as they can occasionally get lost in the shuffle. This is the role of a guardian ad litem (GAL).

A GAL’s role differs in different states. In Illinois, they are essentially advocates for children who the subject of parental responsibilities proceedings. In most cases, such proceedings are part of the divorce process. However, GALs do not concern themselves with questions of property or fault. Their aim is entirely to obtain enough information to make a recommendation on what outcome would be in the child or children’s best interests, though they may not advise the child directly. They do this through interviews with the children and parents and accessing records which might shed light on each parent’s financial, physical, and mental situation.

Many states permit only GALs to advocate for children’s interests in divorce cases. However, Illinois also recognizes what the court calls a child representative. A court may also simply provide an attorney for a child, who then owes the exact same duties of confidentiality, respect and competent representation as they would to an adult client. The primary difference between the roles is that a GAL may be called to testify in divorce court about their recommendations and the information they used to make that recommendation, while a child representative or attorney may not testify or be cross-examined. They may only present arguments and evidence in accordance with the Rules of Civil Procedure.

A GAL is not partisan; his or her aim is to serve the best interests of the children, not to obtain a more favorable result for either party. As such, any recommendation he or she makes is public record, and none of the associated communications are privileged, unlike those of a representative or attorney.

Which Is Best for Your Case?

With these specifically defined roles for advocates, it might be confusing and difficult to determine if your child needs the services of one, and if so, which role would suit your situation best.

Generally, in Illinois, judges will appoint the advocate whose role best fits the situation on a case by case basis, though in some courts, representatives are appointed as a matter of course. Child representatives are often deemed the most useful because their role can be flexible, serving both as an advocate and fact-finder. However, guardians ad litem may be preferred in cases where a child is very young, or when the parents are untrustworthy (such as in cases of suspected abuse). If a child is old enough to comprehend the nature of the proceedings, and engage meaningfully with a lawyer, the court may appoint an attorney for the child.

Be advised that in rare cases, you and your spouse may have to ask the court for a guardian ad litem to be appointed. Most judges will do so of their own volition if they feel it is necessary, but it is possible for parents to make such a request, though it usually means they may be responsible for more of the associated costs.

A Legal Professional Can Assist You

If you are in the midst of a child-related legal battle and you want to make certain your children are protected, contact an experienced family law attorney in DuPage County. Call 630-871-1002 for a free consultation with the Andrew Cores Family Law Group today.