Who Gets to Claim Children as Tax Dependents After an Illinois Divorce? 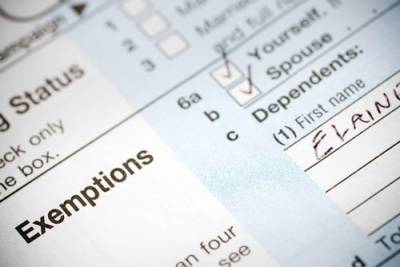 Ask any parent and they will tell you that a convenient benefit of having children is being able to claim them as a deduction on a tax return. Married parents receive a significant financial break when they file jointly and claim their child as a dependent. But after divorce, only one parent can claim a child every year on their taxes. So how do parents know which parent can claim a child? And is this a big enough issue to include in financial negotiations?

Deal with Exemptions in Your Divorce Decree

Parents often forget to deal with taxes during the divorce process. However, parents who do not establish who will be claiming the child as a dependent may be setting themselves up for an unpleasant surprise if they both file. Unless parents specify who will claim the child as a dependent, the IRS considers the parent with whom the child resides for the majority of the year to be the parent who can claim the child. This may not be ideal for one or both parents.

Fortunately, spouses who proactively deal with this issue in their divorce decree can create an arrangement that makes sense for them. Parents can decide to switch off. For example, during even years, the mother claims the child; during odd years, the father makes the claim. Or, parents who have more than one child can divide the dependents so each parent claims one or two children. Divorcing spouses can make this conversation part of a broader financial arrangement that includes an agreement about marital asset division, spousal support, and child support.

Whatever happens, spouses should try to avoid a situation where both parents attempt to claim a child as a dependent - especially if the divorce decree stipulates which parent is entitled to make a claim. Parents who do so may be held responsible for violating a court order. Any inconsistencies with taxes may also trigger an audit by the IRS, and a parent who wrongfully claims their child may be accused of trying to commit tax fraud by the IRS.

Understanding the tax implications of divorce can be complex, but you do not have to do it alone. An experienced Wheaton, IL divorce attorney with Andrew Cores Family Law Group can tell you more about how a divorce settlement will likely impact your taxes. We will advocate passionately on your behalf so you are advantageously positioned for a positive outcome. Contact our offices to schedule a free initial consultation by phone or in person. Call us today at 630-871-1002.