How Will Adultery Affect My Divorce? 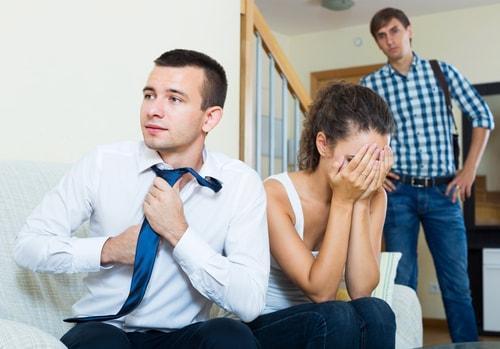 It is no secret that many marriages end as a result of infidelity. About 41 percent of married people admit to having either a physical or emotional affair. Even more surprising, 57 percent of men and 54 percent of women admit to cheating at some point in their life. When an affair is one of the factors which ends a marriage, it may affect your divorce, but not in the way you might think.

Illinois is a No-Fault Divorce State

Illinois has been “pure no-fault state” since the start of 2016. This means that the state does not require divorcing couples to state their specific reasons or “grounds” for ending the marriage through divorce. Before the 2016 change, grounds like adultery or repeated mental or physical cruelty could be used as the cause of the divorce. Today, those seeking a divorce in Illinois only have one ground for filing for divorce: “irreconcilable differences.” According to the Illinois Marriage and Dissolution of Marriage Act, a judgment of divorce will be issued only if “irreconcilable differences have caused the irretrievable breakdown of the marriage and the court determines that efforts at reconciliation have failed or that future attempts at reconciliation would be impracticable and not in the best interests of the family.” For most couples, infidelity will not affect their divorce in any meaningful way.

Special Circumstances in Which Infidelity May Affect Your Divorce

Many people presume that if their spouse cheats, the unfaithful spouse will somehow be punished for his or her infidelity during the divorce process. They might believe that the faithful spouse will automatically receive of primary custodial responsibilities for the children or that the cheating spouse will be forced to pay more in spousal maintenance. However, this is no longer the case. Adultery usually has little to no impact on support or custody decisions.

There are only a few rare circumstances in which a spouse’s new romantic interest could affect their ability to get custody of their child. Judges use the same main criteria to make decisions regarding custody and visitation (now called parenting time) across the board: They determine what will protect the child’s best interest. So, if a spouse’s new girlfriend or boyfriend is a danger to the child, it may affect the court’s decision regarding the allocation of parental responsibilities. If a spouse’s affair or new romantic interest does not damage the parent-child relationship or put the child in harm’s way, it will probably not be considered during the divorce.

Just the act of having an affair will probably not come up during divorce proceedings. However, if the cheating partner spent marital assets on his or her new romantic interest during the marriage, he or she may be required to replace that money before marital property is divided. This is called “dissipation.” A spouse accused of dissipation of marital assets must either prove that the allegations are false or pay back the marital estate the money spent for non-marital purposes like the affair.

If you have further questions about how your or your spouse’s affair will affect your divorce, contact the experienced Wheaton family lawyers at Andrew Cores Family Law Group by calling 630-871-1002 today.