How Will an Economic Recession Affect Divorce Rates in Illinois? 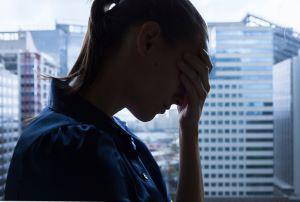 Governor Pritzker has extended the Illinois Stay-at-Home Order through the end of May, and it could potentially last even longer. While some states are phasing into opening more parts of their economies, Illinois remains focused on the safety of its residents, only allowing essential workers to work outside of their homes. As the unemployment claims keep rolling in, it might be easy to feel like the country, or at least the state, is in the midst of an economic recession or depression. How might this new economic reality in Illinois affect divorce rates?

The Many Potential Effects of a Recession on Divorce Rates

Will an economic recession decrease or increase divorce rates? While a strong case could be made for either outcome, the truth is that this is a nuanced issue. In studying divorce rates before, during, and after the last major recession over the last 10 to 15 years, researchers have found that there is no clear, substantial, and overwhelming data that supports either outcome. In many cases, the likelihood of divorce is dependent upon each family’s living situation. For example, divorce rates might increase as a result of a recession because:

Conversely, divorce rates might decrease due to a recession because:

Ultimately, the most telling observation from the majority of the data is that the timing of a divorce is key. For instance, during the recession over a decade ago, fewer and fewer people were getting divorced than prior to the recession, but immediately after economic recovery, divorce rates spiked.

The many economic uncertainties in our world today may have had an effect on your marriage. If you think that divorce might be a good option for you, contact a Wheaton, IL divorce attorney at Andrew Cores Family Law Group by calling our office at 630-871-1002. We will provide you with a free consultation and help you understand your legal options as you prepare to end your marriage.