Wives’ Education and How it Impacts Divorce Rates 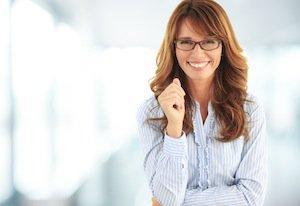 The gender gap in education has been reversed. In recent years, women have outpaced men in earning college degrees and in graduate school enrollment. Some sociologists have noted this could be a potential problem for marriages in the future since old data showed marriages in which the wife’s education surpassed the husband’s were more prone to end in a divorce.

However, a new study being published in the American Sociological Review reveals that those concerns may be overblown. The study, performed by researchers at the University of Wisconsin at Madison and Northwestern University, examined marital success rates over the last 50 years and correlated them to the education levels of the spouses.

Through this analysis, the study’s authors found that the trend in relative educational levels has reversed from 1950 to 2004. In the 1950s it was more common to see marriages where the husband had a higher level of education than the wife. By the mid-1970s, the numbers were almost equal, and by the year 2000, 30 percent of marriages involved more educated wives, while only 20 percent involved more educated husbands. Interestingly, marriages with differing educational levels only accounted for half of all the marriages. This is because over the entire timeline of the study, a steady 50 percent of marriages have involved husbands and wives with equal levels of education.

The research done on correlating these different categories of marriages to divorce rates shows that the 30 percent of marriages involving more educated wives are no more likely to end in divorce than those of the general population. In fact, the research shows that such marriages may be better off than those with more educated husbands, though the data, according to the study’s authors, is not clear on that point.

The authors offer a variety of explanations for this change in divorce rates. First, the increase in divorce with more educated wives that used to be seen may actually have been a proxy for non-traditional marriages in general. This means that a more educated wife might have been because of a marriage across age groups or as a result of some other factor that could place strain on the marriage. Now that the gender gap in education has reversed, a more educated wife is no longer sign of a non-traditional marriage. Alternatively, if there was something inherent in the wives’ extra education, it is possible that the increasing normality of more educated wives has removed any sociological implications for the marital education gap.

If you are currently considering seeking a divorce, reach out to a skilled DuPage County divorce lawyer today. Our experienced team of professionals can help guide you through the process and ensure that your questions are answered.
PAY YOUR BILL