Women in the Workforce: Demographic Changes to Divorce 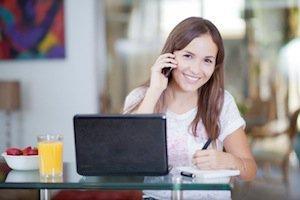 Over the past several decades women have made great strides in entering the workforce. In fact, a study by the Pew Research institute revealed that, in 2011, 40 percent of households with children under the age of 18 have mothers as either the sole or primary source of income. This number has almost quadrupled since 1960, when it was only 11 percent.

The increase in the number of working mothers has had a noticeable impact on the outcomes of child custody decisions. Courts determine child custody based on a variety of broad factors while keeping the best interests of the child in the forefront. The idea of focusing on the child’s best interest can, in some cases, push the court towards awarding custody to the parent who was the primary caregiver during the marriage. With gender roles shifting and women taking on more jobs with high stress and long hours, that is becoming increasingly likely to be the child’s father. Nationwide one in six fathers has full or primary custody of their children. This is an increase of 900 percent since 1960, and the trend only looks to continue.

The Effect on Support Obligations

The fact that more women are now working and outearn their husbands also means that they are now more likely to be responsible for child and spousal support obligations. Half a century ago it was almost unheard of for women to be the ones paying support to their husbands and children, but now it arises in almost 10 percent of divorce cases. However, that number does not tell the full story. In reality, the number of cases where women could qualify to pay child or spousal support may be even higher.

Yet women who earn more do not always end up paying for support. This is because men are more likely to allow their pride to get in the way of receiving support payments. It is not uncommon for men who are eligible to receive spousal support from their ex-wives to waive that right because they do not want to be seen as dependent on them. While there are women who make such waivers as well, it is more commonly seen among men.

If you are considering divorce and would like more information about issues like support obligations or property division, contact an experienced DuPage County family law attorney. Our firm’s skilled lawyers can help explain your rights to you and make sure that you are fully represented in court.