Yours, Mine, or Ours? Identifying Marital Property in Divorce

Posted on Thursday, 09 November 2017 in Division of Assets 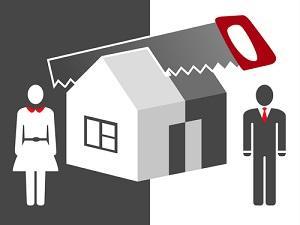 When two people get married, they often choose to combine all of their financial interests. They may have joint checking and savings accounts, put both names on loan documents and titles, and generally consult with one another about major purchases. Other couples may elect to keep things more separate. These couples may have joint accounts to be used for household bills and other expenses, but they may also have investments or property held in their own names. Whichever option a couple chooses, a divorce may leave more property subject to division than many people realize.

What the Law Says

If a divorcing couple is able to reach a reasonable agreement regarding the division of property, the court will approve the agreement without much a problem in most cases. If the couple cannot agree, however, Illinois law says that a court has the authority to divide the couple’s marital property in a manner that is equitable and just—not necessarily equally. Only marital property is subject to division in a divorce, and determining what constitutes marital property is the first step of the property division process.

According to the Illinois Marriage and Dissolution of Marriage Act, marital property includes all assets and debts acquired by either spouse during the marriage with a few important exceptions. Gifts or inheritances received by one spouse are considered to be non-marital, as are the proceeds realized by the sale of property owned prior to the marriage. Non-marital property may be considered in analyzing a party’s financial situation, but it is not subject to division.

The law does not make reference to whose name is on a real estate deed or vehicle title, nor does it address which spouse paid for which items. If either spouse obtained the asset during the marriage, the asset is almost certainly considered to be marital property. This applies to tangible items such as cars, real property, and furniture, as well as to financial assets including earnings, savings, and investments.

Certain assets may consist of both marital and non-marital portions, and only the value of the marital portion is subject to division. Assume, for example, that you took out a mortgage to purchase a home and made payments for 15 years before you got married. Your spouse moved into your home, and you continued to make payments using your normal income for the next 15 years, successfully paying off the home at the 30-year mark.

If you were to get divorced after the home was paid off, the portion of equity paid into the home during the first half of your mortgage is likely to be considered non-marital property. The equity built during the second half while you were married would likely be marital property. Calculating the exact value of each portion may require the assistance of a real estate appraiser or financial professional, but only the marital portion must be accounted for during the divorce.

Identifying marital property is not always as easy as it seems, but our team is equipped to help you. Contact an experienced DuPage County property division attorney to discuss your situation today. Call 630-871-1002 for a free consultation.