Bifurcated Divorce: Can I Get Divorced Right Away in Illinois? 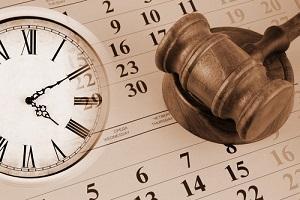 Normally, a divorce is a single judgment that not only dissolves the parties' marriage but also resolves all outstanding issues, such as division of property and establishing child support. A contested divorce can take several months or years to resolve, but there are some situations where one party may need to expedite the process. Illinois courts, therefore, have the discretion to split–or bifurcate–a divorce into separate proceedings if the judge finds there are “appropriate circumstances.” With bifurcation, a court can immediately divorce the parties while reserving other issues until a later date.

A recent Illinois case illustrates how bifurcation works in practice. In this case, a couple married for over 20 years “stopped acting as husband and wife,” according to court records, although they continued to reside in the same house. For approximately seven years afterward, the husband was in a romantic relationship with another woman. Eventually, the husband started living with his girlfriend.

Shortly thereafter, the husband learned he had skin cancer. Treatment proved unsuccessful and by March 2015, doctors determined the husband had less than a year to live. The husband, wanting to immediately marry his longtime girlfriend and “create an estate plan free of [his wife's] influence,” filed a petition in Cook County Circuit Court seeking a bifurcated divorce. A month later, he filed a second “emergency” petition claiming “he had substantially less time to live” than previously thought.

The wife opposed the petition, but the court ultimately granted the bifurcated divorce. The parties' marriage was legally dissolved on July 27, 2015. The husband and his girlfriend married four days later. The husband died less than a month later, on August 21.

His death did not end the legal proceedings, however. The wife appealed the Circuit Court's decision to grant the bifurcated divorce. This past October, the Illinois First District Appellate Court determined the trial court acted correctly, as there were “appropriate circumstances” justifying the immediate grant of divorce.

The First District noted there were several prior cases in Illinois (and other states) where courts allowed “terminally ill petitioners” to receive divorces before they died. In a 2002 decision, the Fourth District Appellate Court said allowing bifurcated divorces in these situations may encourage a dying spouse to “seek a dissolution of marriage in the hopes of increasing the amount of their estate for their heirs,” but conversely, “to hold otherwise encourages the surviving spouse to delay the divorce proceedings as long as possible to avoid the termination of their rights as surviving spouse.”

Need Help With the Divorce Process?

Bifurcation is not a normal process, and the majority of divorces take a significant amount of time and energy. Ideally, the parties can resolve their issues without the need for litigation, but, sometimes, a full trial is necessary. Whatever your situation, if you are contemplating divorce and need to consult with an experienced DuPage County family law attorney, please contact our offices right away.