Can My Child Be Moved Out of Illinois Without My Consent? 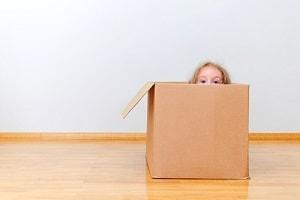 Fathers&#039; rights are a critical issue for many Illinois men, especially with respect to questions of child relocation. When one parent tries to move a child out-of-state without the other parent&#039;s consent (or knowledge), it may be necessary for the other to seek a court order to protect their own parent-child relationship. Even when the mother has legal and physical responsibility for the child, Illinois law can still protect a father&#039;s interest in maintaining an active role in the child&#039;s life.

A recent case from here in DuPage County illustrates how the courts can protect father-child relationships. In this case, two unmarried parents have a five-year-old child. The mother has custody. She lives in North Carolina, but in October 2013, the mother allowed the child to stay with the father&#039;s parents in Illinois while she underwent a minor surgical procedure. The father, a member of the United States armed forces, was on active duty during this time.

Although the mother&#039;s surgery was an outpatient procedure—she returned to work a couple of days later—she allowed the child to remain with the husband&#039;s family for more than five months. The mother insisted this was still a “visit,” however, and she did not intend for her child to reside in Illinois.

In March 2014, the mother wanted to return the child to North Carolina. The father objected and filed a petition in Illinois state court to “establish a parent-child relationship” and obtain a preliminary injunction against the relocation. The mother argued the Illinois courts had no jurisdiction because the child was legally a resident of North Carolina.

A DuPage County judge rejected the mother&#039;s jurisdictional argument and granted the father&#039;s petition. The Illinois Second District Appellate Court affirmed the judge&#039;s decision in a December 15 opinion. The Second District noted Illinois law gives courts jurisdiction over a nonresident child in these types of cases when “the child resides in this State as a result of the acts or directives” of the parent.

In this case, the trial judge found the mother&#039;s actions—sending the child to live with the father&#039;s family for nearly six months—was sufficient to establish residency in Illinois. The judge did not believe the mother&#039;s testimony that she only meant for him to “visit,” given that her surgery was not that serious, and she had the means and opportunity to retrieve the child at any time. The Second District said the judge&#039;s findings were not “unreasonable” or clearly erroneous, so it would not disturb them.

Whether you are the mother or the father of a minor child, you have legal rights the courts must respect. An experienced DuPage County family law attorney can assist you with many types of child custody and visitation issues. Contact our offices today to schedule a consultation.