How Child Support is Calculated Under the New Illinois Law 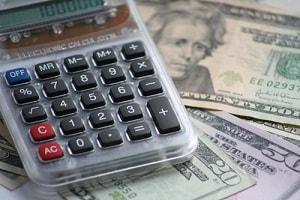 Child support in Illinois used to be calculated as a percentage of the income of the non-custodial parent or the parent with fewer parental responsibilities. The law, however, was roundly criticized by many for being inequitable and for placing an unfair burden on the non-custodial parent. On July 1, 2017, a new law went into effect that has improved the efficiency and fairness of how child support is calculated.

Under the old law, there were two main factors in determining the amount of support to be paid: the income of the paying parent and the number of children to be supported. Critics found this unfair not only because paying parents did not get credit for the money they spent on their children but also because the law effectively punished a supporting parent financially for spending time with his or her child.

For example, a parent would be required to pay 28 percent of his net income as child support payments for two children regardless of how much time the parent spent with them. So, if the children spent a substantial amount of time with the paying parent, obviously that parent would pay for the children’s meals, household needs, family outings or trips, and other expenses. He or she, however, would still be required to pay the same amount of child support as would be required with little to no parenting time.

The new rules are built on what is called an “income shares” or “shared parenting” model. In this system, the incomes of both parents are taken into account, rather than solely that of the paying parent. The new model also includes a mechanism for taking shared parenting into account when each parent has the child at least 146 overnights per year. The three main factors which are considered in the income shares model are:

If you are considering or have decided to divorce your spouse with whom you have children, you probably have many question and concerns. Contact an experienced DuPage County child support attorney to discuss your options and to get the answers you need. Call 630-871-1002 for a free consultation today.