What Does an Illinois Court Consider Income When Determining Alimony? 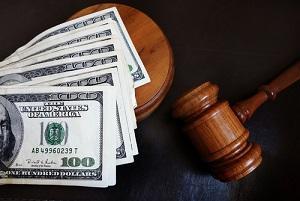 Long-term spousal maintenance, or alimony, is designed to help a spouse who was in a lengthy marriage and is unable to earn an independent living following divorce. An Illinois court will consider a number of factors in deciding when and how much alimony to award. A judge may also subsequently modify an award if there is a change in financial circumstances.

For example, if the spouse receiving maintenance suddenly experiences an increase in his or her income, the court may reduce the ex-spouse&#039;s obligations. In this context, “income” can refer to any money received by the spouse. It does not necessarily mean taxable income as defined by the Internal Revenue Service.

Consider a recent illustration of that point from an Illinois appeals court. Several years after his divorce became final, an ex-husband asked the court to either reduce or terminate his alimony obligations to his ex-wife due to a change in financial circumstances. The court, after its own review, agreed to a reduction, citing in part a series of “unexplained deposits” to the ex-wife&#039;s bank account totaling more than $72,000.

The ex-wife later explained these payments reflected the refinancing of her home in Georgia and several cash gifts received from relatives. The court decided to treat those gifts—approximately $48,000—as income. Based on revised calculations, the judge reduced the ex-husband&#039;s maintenance obligations by $262 per month.

The ex-wife appealed. She argued the trial judge was wrong to treat the money she received from relatives as income. The Illinois Third District Appellate Court, however, said the trial judge acted appropriately.

In previous cases, Illinois courts have treated gifts and “loans in name only” as income for purposes of determining child support obligations. The Third District said the same principle should apply when determining spousal maintenance. The word “income” is not expressly defined in Illinois divorce laws, the court observed, so it must be afforded its “plain and ordinary meaning,” which includes any “value benefit” a person receives that enhances their wealth.

The Third District further rejected the wife&#039;s argument that since the gifts were not classified as income under federal tax law, they should not be considered income for purposes of alimony.

Need Help With an Alimony Matter?

Spousal maintenance is not usually a one-time issue. Both parties&#039; financial situations will inevitably change in the years following a divorce. Some events will automatically terminate alimony, such as the receiving spouse remarrying. In other cases, there may be a need for additional negotiations or litigation between the parties.

A qualified DuPage County family law attorney can help. Whether you are looking to establish long-term maintenance as part of a pending divorce or seeking to modify or terminate an existing order, our attorneys can provide you with guidance on the best way to proceed. Contact one of our three convenient locations today to schedule a consultation.