How Divorce Affects Your Social Security 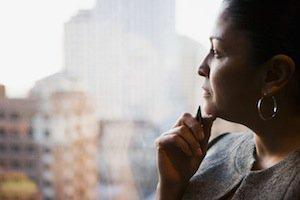 With the rising incidence of gray divorce, the question of how divorce proceedings affect a person’s Social Security income is becoming more pressing. Many people wonder whether the courts will divide up Social Security benefits the way they divide up other retirement accounts.

In the alternative, people often ask about whether they can benefit from their ex-spouse’s work history record. This can be an especially important issue in cases where one spouse stopped working to take care of the home, while the other continued paying into Social Security.

Even though courts will not divide the Social Security benefits, the law provides a way for ex-spouses to derive the benefits of each other’s work record. This can be especially helpful to spouses who stopped working, as the other spouse will likely be eligible for higher social security benefits because of their extended work record. In the event of divorce, spouses may collect an amount equal to half of the other spouse’s full benefits, if they meet certain qualifications. The divorced spouse qualifies for these benefits if:

The law also makes a provision for cases where the person’s former spouse dies. If a person is receiving benefits based on the record of their former spouse and their ex-spouse dies, they become eligible for divorced survivor benefits. These survivor benefits, which become available to a person when they turn 60, equal up to the full amount that their deceased spouse was formerly collecting.

If you are thinking of filing for divorce and have questions about the division of marital property or other issues related to the process, contact a DuPage County divorce attorney today. An experienced lawyer can help explain the complexities of the proceedings and represent your interests in court.