Can an Illinois Judge Refuse to Grant Me a Divorce?

Posted on Thursday, 23 February 2017 in Divorce 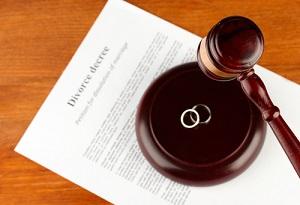 Nobody wants to be trapped in a failed marriage. Depending on where you live, however, getting a divorce may not be so easy. Consider a recent story from the United Kingdom where a 66-year-old woman is fighting in an appeals court to obtain a divorce. The woman previously told a family court judge in England that she has been “desperately unhappy in her marriage for many years” and there was “no prospect of reconciliation” with her estranged husband.

Despite that, the judge refused to grant a divorce, dismissing the wife&#039;s misery as routine complaints “of the kind to be expected in a marriage.” If the appeals court does not reverse the family judge&#039;s decision, the wife will have to live separate from her husband for a period of at least five years before she can finally receive a divorce.

Illinois Is a Pure “No-Fault” State

Could a similar scenario play out in Illinois? Not under current law. Illinois, like England and many parts of the United States, traditionally maintained a “fault-based” divorce system, where one spouse was required to prove some sort of misconduct by the other spouse. For example, Illinois previously recognized adultery, alcohol abuse, physical or mental cruelty, or one spouse&#039;s conviction on felony charges as grounds for seeking a divorce.

However, Illinois lawmakers decided to abandon fault-based divorce as of January 2016. Under current law, all divorces are considered “no-fault.” This means an Illinois court is required to grant a divorce if certain conditions are met, regardless of whether either spouse committed any misconduct against the other.

In legal terms, a no-fault divorce means the parties have decided to end their marriage due to “irreconcilable differences” that have led “the irretrievable breakdown of the marriage.” To meet this requirement, in most cases, the spouses may provide testimony that the marriage is beyond repair and that future attempts to reconcile would not be worth the effort.

If there is disagreement between the spouses regarding the status of the marriage, the law provides an alternative for proving irreconcilable differences. To do so, the estranged spouses must live “separate and apart” for a period of at least six months prior to the entry of a divorce judgment. Such a separation creates an “irrebuttable presumption” of irreconcilable differences.

Divorce Can Be Resolved Amicably

Just because Illinois divorce is no-fault does not mean all divorces are without controversy. Before making a divorce final, a court must still ensure certain other issues are resolved, including child custody, spousal support, and the division of marital property. This process need not involve litigation. A passionate DuPage County collaborative law attorney can advise you regarding methods of alternative dispute resolution. In many cases, mediation or collaborative law can help parties reach a mutually beneficial settlement privately and without extensive court proceedings. Contact our offices today to schedule a consultation with an attorney who can help explain your options.