Posted on Tuesday, 07 February 2017 in Paternity 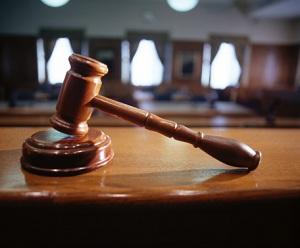 Establishing paternity is often a prerequisite towards obtaining child support. Illinois has specific legal procedures for recognizing paternity over the objections of a reluctant father. But, what if paternity has already been determined by a court in another country?

There is a principle in law known as “comity” that covers such situations. Comity basically means an Illinois court will recognize a judgment entered by a foreign court under its own laws and applicable to its own citizens. This is not just a matter of respecting foreign courts; it also prevents parties from re-litigating matters in Illinois courts that have been already decided somewhere else.

A recent case from Cook County illustrates how comity works in practice. In this case, a woman from Thailand filed a petition to enforce child support obligations against the man she claimed was the father of her triplets. The father was an American citizen who had been working in Thailand and admitted to having an extramarital affair with the mother. While he also admitted to being the mother&#039;s “sperm donor,” he denied acceptance of any paternal obligations towards the children, which were conceived through an artificial insemination process.

The mother previously filed a petition in the Thai courts to establish the father&#039;s paternity. The father was represented by counsel, who argued that Illinois law prevented any recognition of a “sperm donor” as a child&#039;s legal father. The Thai court rejected this argument and based on evidence presented by the mother–including photographs of a Thai wedding ceremony between the mother and father–declared he was legally the father. After a series of unsuccessful appeals, Thailand&#039;s supreme court issued a final judgment for the mother in 2016.

The mother asked the Cook County court to enforce the Thai paternity judgment under the principle of comity. The court agreed. The father appealed, but the Illinois First District Appellate Court confirmed the lower court&#039;s decision. The crux of the father&#039;s argument was that the Thai court judgment conflicted with Illinois public policy against recognizing a “man who donates semen to a physician for use in the artificial insemination of a woman who is not the donor&#039;s wife” as a child&#039;s legal father.

The First District said the father misinterpreted Illinois law on this subject. (In fact, the law recently changed in this area.) The father was not an anonymous third-party sperm donor. The evidence presented to the Thai court demonstrated he and the mother were a “cohabiting couple.” The fact they were not legally married did not matter. Nor did the First District accept the father&#039;s challenge to the legitimacy of the Thai court proceedings. The father said he did not receive a “full or fair hearing” abroad. To the contrary, the First District said he was afforded due process, his trial tactics simply failed to work. Indeed, Thailand&#039;s supreme court rejected the exact same interpretation of Illinois public policy as the First District did.

Whether you are a mother or father looking to confirm (or disprove) paternity, it is important to seek qualified counsel who understands the complexity of the law in this area. An experienced DuPage County family law attorney can help you with all types of paternity and child support matters. Contact our offices today to schedule a free consultation.