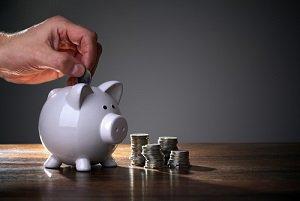 Pensions are big money in the state of Illinois. Virtually every public sector employee contributes to one of the state’s 17 pension funds, and almost all police and fire departments have locally administered pension funds. Illinois courts have long held that, in most cases, a pension is marital property that can be distributed to a former spouse in a divorce. However, merely stating that a former spouse is entitled to half of a pension is legally insufficient. The parties must enter a Qualified Illinois Domestic Relations Order (QILDRO) with the court.

A QILDRO can be incorporated into a marital settlement agreement, or may exist as a separate document. The QILDRO must contain the caption of the divorce case and the name of the pension systems to which the public sector employee belongs. QILDROs can contain either exact dollar amounts or percentages. If the parties opt to include percentages, a separate QILDRO calculation order must be submitted to the court that determines what share of the pension the former spouse will receive.

The exact amount of pension benefits that a former spouse receives will always vary. The formula mandated by the state of Illinois takes into account the number of months the parties were married, how long the employee was a member of the pension system during the marriage, and the monthly payments that the pensioner will receive. Typically, about 50 percent of the employee’s pension will go to the former spouse if he or she contributed to the fund throughout a marriage, but this is not a hard and fast rule. An attorney experienced in preparing QILDROs will be able to determine the exact amount that the parties will receive.

But the QILDRO calculation order is not the final step in the process. Besides that document, a certified copy of the order will have to be mailed to the pension fund, along with a $50 processing fee. Employees who have contributed to pension funds prior to 1999 will also have to submit QILDRO consent forms for the final orders to be valid.

The pension fund should then keep a record of all of these documents. Nothing will then happen immediately, but when the employee retirees, his or her former spouse should automatically begin receiving the court-ordered portion of the pension. QILDROs can also make provisions for a former spouse to receive a portion of the death benefits included in the pension. The specific terms must be based on the rules of the pension and the unique circumstances of each case.

If you are divorcing a state employee with a pension and believe you are entitled to a portion of it, it is important to contact a knowledgeable family law attorney to discuss the best how to prepare a QILDRO. Pension law is one more of the complicated areas of practice in Illinois, so it’s important to meet with an attorney well-versed in how it can interact with family law. Contact our caring DuPage County family law attorneys today for a consultation.