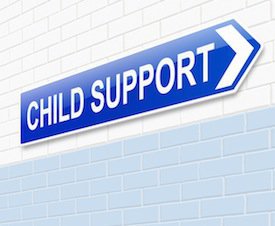 Even after going through the entire divorce in court and getting a divorce decree finalized, the process may not be over. The aftermath of a divorce involves a variety of practical issues, among them collecting child support. While many parents readily keep up to date on their support obligations every month, some require legal enforcement or collection activities before they pay their court-ordered sum. One such method of legal enforcement is to use a wage garnishment, also known in Illinois as a wage deduction order. This is a type of court order that pulls the child support payment directly from the supporting parent’s wages without letting it get into their hands.

What Are Wage Garnishments?

Wage garnishments are court orders used to collect a variety of debts. Although they affect the debtor, in this case the supporting spouse, the order is technically a command by the judge to the supporting spouse’s employer. The order requires the employer to deduct some set amount of money from the supporting parent’s paycheck and send it to the other parent. This takes the decision to pay support out of the parent’s hands and makes it automatic. Additionally, if an employer fails to comply with a wage garnishment, the state may fine them up to $100 every day they are out of compliance.

Further, the law ordinarily places a 15 percent cap on the total amount of wage garnishments under which a person can work. For child support, the law allows a maximum garnishment of 20 percent for someone supporting one child, and it increases based on the number of children for which a person has to provide support. The maximum child support cap possible is 50 percent, which applies to people supporting six or more kids.

However, there is still a limit that applies to the collection of child support using wage garnishments. Courts may not garnish the wages of someone whose weekly pay, after taxes, is less than 45 times the federal or state hourly minimum wage, whichever is greater. In Illinois, that means the supporting spouse’s weekly pay after taxes has to be greater than $371.25.

If you are a parent having trouble collecting child support or a spouse considering divorce, reach out to a DuPage County family law attorney today. Our experienced team of attorneys will work hard to ensure that your legal rights are fully enforced.